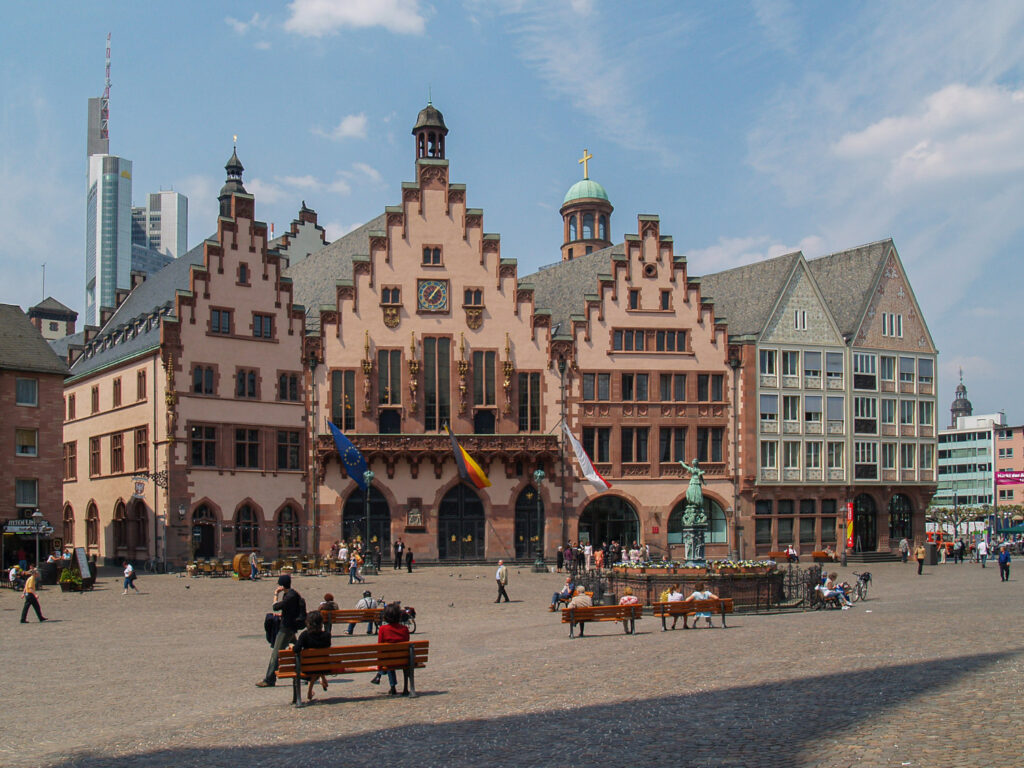 It was a hot summer day, at the end of August 2006, when I stopped for one day in Frankfurt. Frankfurt, officially Frankfurt am Main (German: [ˈfʁaŋkfʊʁt ʔam ˈmaɪn] (listen); Hessian: Frangford am Maa, lit. “Frankford on the[a]Main“), is the most populous city in the German state of Hesse.

I just finished my first contract and was very excited to fly home after a long eight months on-board the Carnival Triumph. My initial itinerary was from New York to Frankfurt, Frankfurt to Bucharest (Romania) with only 2 hours in between connections. I asked if I could change my connection flight and this way I was able to spend a full day in Frankfurt at no extra cost.

Most of these images were captured with an OLYMPUS DIGITAL CAMERA E-500, my first ever DSLR camera.

A Romanian squirrel ends up in second place

My most viewed 360 photos in Google StreetView