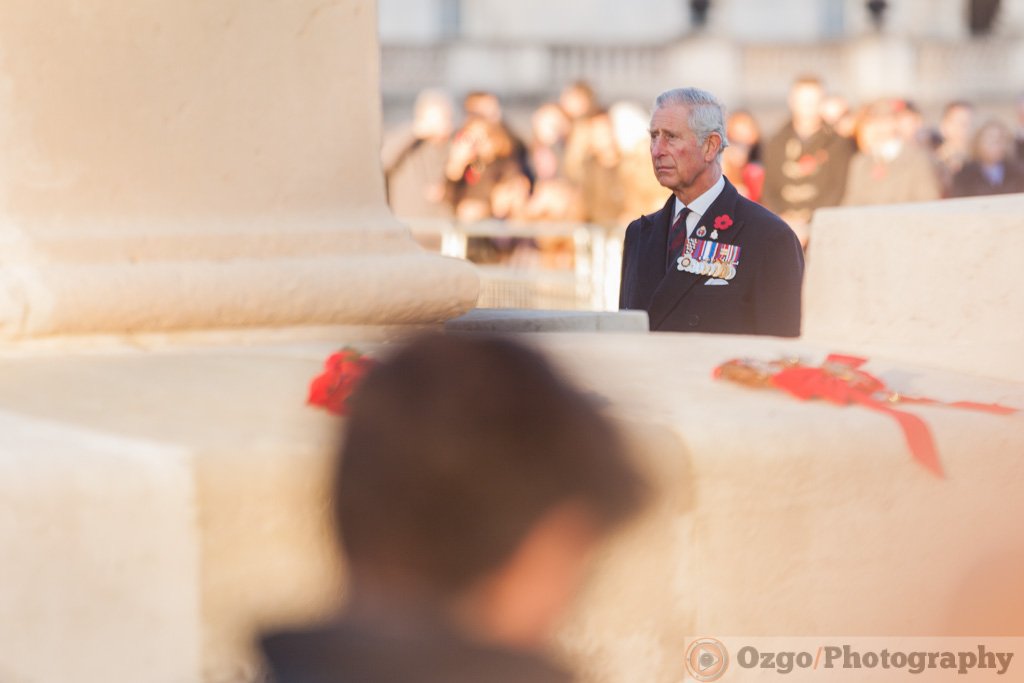 I have to admit that I had no idea that on that Sunday was Remembrance Day. For me and my friends it was a cold November Sunday when we decided to take our cameras for a spin in London. We’ve met at Oxford circus and after a short debate we were heading towards Piccadilly Circus. I decided to start with a long exposure shot of the famous Regent Street.
Yes, I had to use an ND filter in order to be able to slow down the shutter long enough to capture this. Our next stop was in the middle of the Mall Street with the impressive view of Buckingham Palace. Next stop, Green Park were we took advantage of the autumn foliage as a background and the rim light created by the sun. Meet Chris and Sav. Stay tuned because I am planing to include photos they took during this photo walk. On the way to Westminister I have noticed that many people gathered around the Welsh Guards Monument. I had no idea what’s going on but I decided to take some photographs. His Royal Highness, Price Charles took the salute before laying a wreath and watching the march past at the memorial, erected to commemorate all those members of the Household Division who died in the Second World War. The picture above is my point of view through a long telephoto lens from behind the fence. If the head in the foreground is bothering you could see his point of view by visiting this page. This a shot of Big Ben from my point of view.