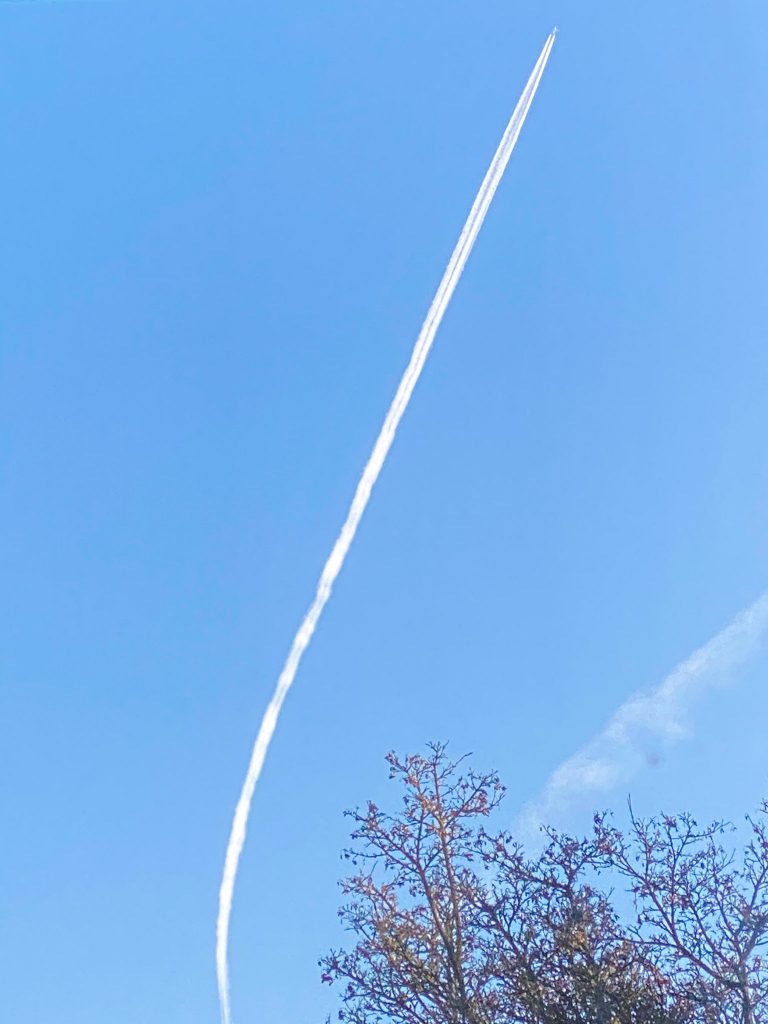 Today’s photo of the day, part of “a photo a day challenge 2020”, is about the white trails planes leave behind in the sky: Contrails or Chemtrails?

Allegedly, contrails or vapour trails are line-shaped clouds produced by aircraft engine exhaust or changes in air pressure, typically at aircraft cruising altitudes several miles above the Earth’s surface. Contrails are composed primarily of water, in the form of ice crystals.

Some believe that long-lasting condensation trails are “chemtrails” consisting of chemical or biological agents left in the sky by high-flying aircraft, sprayed for nefarious purposes undisclosed to the general public.

It’s true that some planes are used to spray crop fields from low altitude against certain diseases, but I don’t believe these contrails are nefarious. It would be very difficult to control the spreading area and by now many people would have been affected. But, I won’t be surprised if one day someone will prove otherwise.
Like, comment & share!