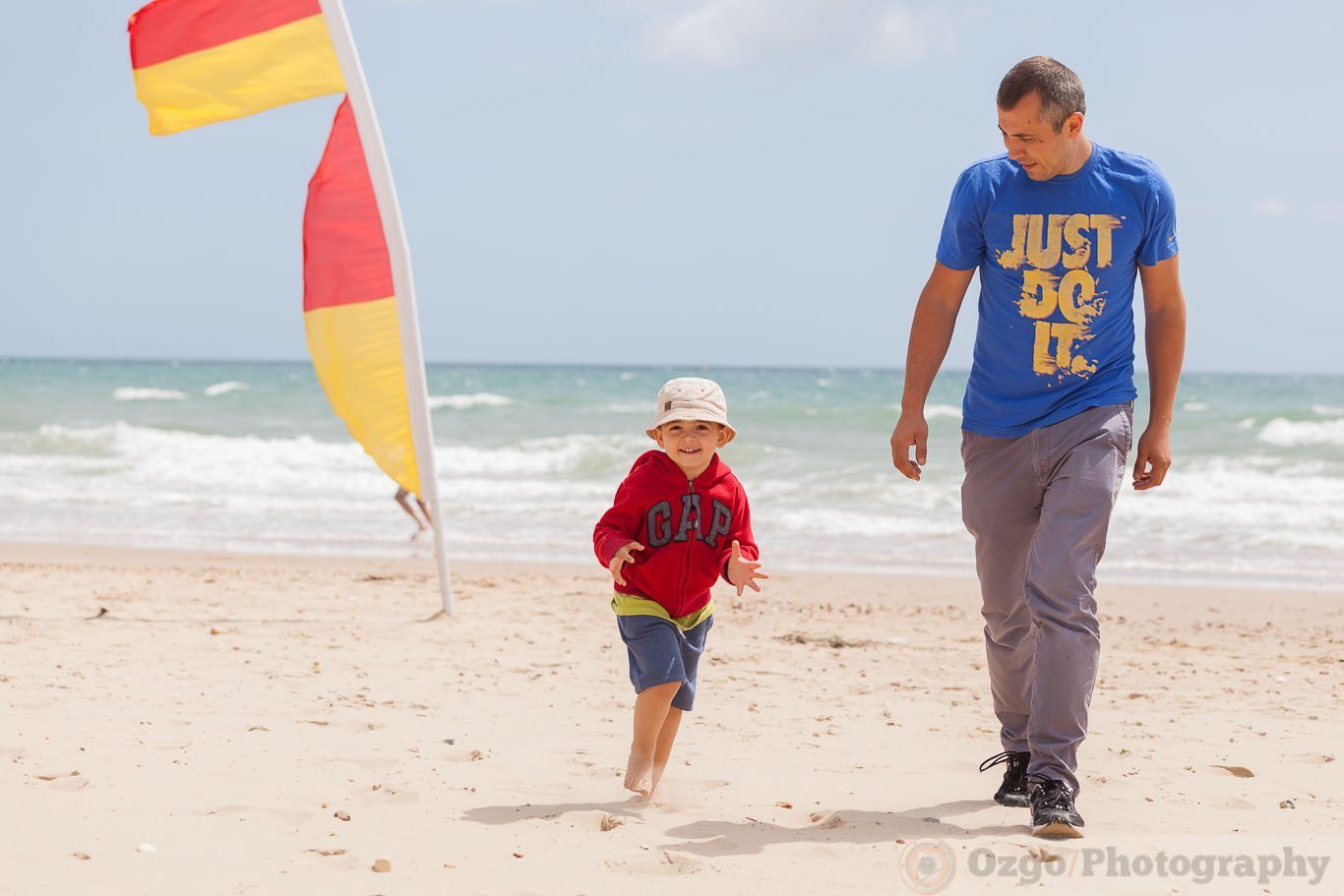 Bournemouth beach is my favourite beach in the UK. The weather was crisp and windy that day at Bournemouth beach. The sun was coming in and out of the clouds and temperature was around 20 degrees celsius but felt like 16. The water was cold, but some people actually went for a swim. I didn’t. At 9am the beach was almost deserted, but we were determined to have a great day.

The fun began with the Super Mario bouncy Castle. Dominick was first to try it. After the fun photographs I took the opportunity to grab a few family portraits Dominick and his parents, Beatrice and Bogdan. …and a few snaps of Jason with his dad, Sorin. …and to wrap it all up a great photo of Iza and me.